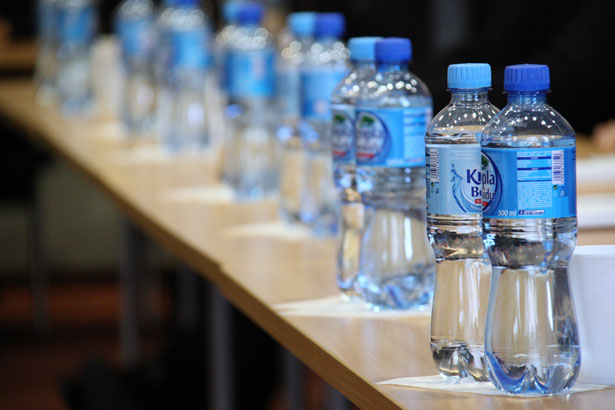 Gatorade was invented in the 1960’s at the University of Florida. For nearly 30 years it was mainly used as an electrolyte supplement for their athletes — known as the Gators. In the early 1990’s, Gatorade signed an endorsement deal with

mega-athletes such as Michael Jordan and the world became introduced to the sports drink phenomenon that is still with us today.

But, is Gatorade a legitimate product and is it better than just plain water?

I am not a supporter of the energy drink phenomenon and have discussed this in a Dr. Parenteau T.V. video. However, sports drinks are not the same as energy drinks. The notion behind sports drinks is to replenish athletes with not only the water they lose through sweating but the sugars, salts and electrolytes lost through sweating and the physiology of muscular and neurological effort.

Water does not contain significant amounts of salts, sugars or electrolytes. Therefore it is not an adequate source of these elements. Yet water loss is the primary effect of intense exercise. So water is very adequate for replenishing… well, water loss. But it is actually possible to drink too much water. Over-hydrating with pure water can actually trick the kidneys into suppressing the hormone vasopressin. This then triggers the body’s urination process and initiates water loss. If you are engaging in exercise under one hour in duration, keep water drinking to about 500 mL. Over hydrating with pure water during high endurance training such as marathons can cause a dangerous dilution of the body’s fluids and cause severe muscle spasm and in worse case scenarios, death.

Water is not an adequate, stand-alone fluid for exercise that lasts one hour or more or is of extreme intensity.

There is simply too much sodium, sugar, potassium and magnesium lost through ultra intense exercise (e.g.: wrestling, MMA, the 1 mile sprint, etc) for water to be effective as a performance agent.

Gatorade is Better than Water?

Only for activities that deplete our electrolytes (i.e.: potassium, magnesium, sodium, etc). The ingredient list for Gatorade shows that is only a source of potassium, sodium and sugar. If you purchase the Gatorade gel packs, they also come with an assortment of B vitamins. I don’t have a big problem with Gatorade if used appropriately. However, I am not a fan of the artificial ingredients used to color this drink such as

brominated vegetable oil (BVO). BVO is a synthetic product that has flame retardant properties. Gatorade apparently has begun to pull this ingredient from its products since public concern went viral in 2013.

Further, not all of its sugars are the best. For example, Gatorade uses maltodextrin, a processed sugar-like chemical that is used not only for its easy and quick absorption but for the pleasurable “mouth feel” it creates. Maltodextrin is a very common additive to beers and candy bars. Rule of thumb: stay away from processed chemicals.

All in all I prefer people use natural electrolyte and carbohydrate sources. Gatorade is also very pricey compared to home-made sports drinks. We’re talking about 50 times more expensive. Gatorade does not contain as much recovery chemistry as natural, home made drinks and Gatorade also adds artificial or processed chemicals to your body.

Not worth it in the end. Although pricey in its own right, and with some artificial items itself, coconut water is a better source of potassium than Gatorade.

For about 50 times cheaper — literally — you can make a 100% natural and superior recovery drink right in your own home. You will need the following items:

Mix these together and you will have a perfect sports drink with zero negative side effects and for very, very cheap. The apple cider vinegar has potassium, pectin, malic and acetic acids, calcium and ash (an alkaline product) as well as a host of B and C vitamin complexes in their natural form. Gatorade only has potassium to compete with raw apple cider vinegar. No match.

The sea salt in this home made mix is less processed than the sodium used for sports drinks and the honey or maple syrup provides pure carbohydrates. Much preferrable to the known — and unknown — ingredients of processed, manufactured sports drinks.

Another must do if you are wanting full performance is to maintain a diet high in fruits and vegetables before and after exercise. 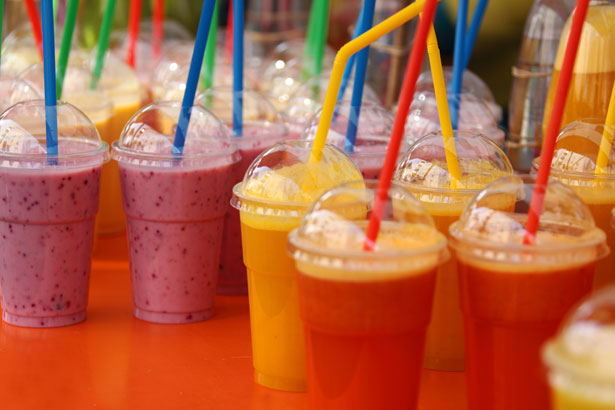 Even a perfect sports drink cannot save you from the depletion effects of having a poor diet. Fruit smoothies made in a blender — not a juicer — will retain the fiber and all ingredients of fruit but allow you to consume more fruit than you perhaps usually would.

If you inform yourself, your athletic performance will improve naturally and for a lot less money.

2 thoughts on “Gatorade VS Water”