Weight cutting through dehydration may not only increase risk of concussions, it may lead to long term neurological deterioration affecting athletes in more areas than previously thought

(see article below for details)

In the realm of combat sports, athletes are paired off against opponents of the same size. This is obviously done for fighter safety. Having a 220 pound wrestler grabbing and throwing a 140 pound opponent would be dangerous for the smaller athlete. Hours before competition (in jiu jitsu and wrestling tournaments) or a day to a day and a half before competition (in kickboxing, boxing and MMA fights) athletes have to be weighed in order to make sure they are at their competition weight (or below, but never above). Theoretically this keeps fighters safe.

Unfortunately, this may not be true. As can be expected, athletes are doing anything they can to shrink their body weight as low as possible in hopes of fighting other athletes that are smaller than them. This is usually achieved by dehydrating the body severely in the days leading up to a weigh-in. Fluids can be replaced rather quickly and therefore, the athlete who can drop the most water in a short time will be the more muscular and heavier athlete in competition. In a real sense, there are two events happening: a weight cut competition and a fight.

The smaller a fighter is to begin with, the less fluids they have. So a naturally 150 pound athlete who attempts to shed 25 pounds to fit into the 125 pound category in MMA is losing a full 17% of their total body weight. This is terribly unhealthy. But not uncommon. Athletes in boxing and MMA fight only 2 to 4 times per year, which allows them to cut extreme amounts of weight. Wrestlers compete weekly, therefore they cannot afford to be extremely underfed and dehydrated, making their weight cuts less severe on average. Yet weight cuts are still the norm across the board in combat sports.

Now, because their is a “race to the bottom” in weight classes, athletes are cutting more and more weight in order to keep up with the crowd. The conventional wisdom is, “if I don’t cut as much as everyone else, I’ll be outmatched on competition day.” However, considering the extreme weight loss happening today, this may no longer be true. Case in point are fighters like Conor McGregor. When he entered the UFC in 2013, he competed at the 145 pound class. In January 2020, McGregor forewent the weight cut and fought in the 170 pound class (see picture below). On fight night, McGregor is estimated to have weighed at or below the 170 pound mark. Which meant he was fully fed and hydrated all the way through his fight camp. His opponent had to cut down to 170 pounds and was estimated to weigh at least 180 pounds on the evening of their match. Which means McGregor was the smaller man.

The difference in McGregor’s physique is shocking. And on the evening of UFC 246 (January 18, 2020) it only took him 40 seconds to beat the larger opponent. The lack of weight cut did not seem to affect him poorly. In 2015 the UFC — in an attempt to curb extreme weight cuts — banned the common practice of using intravenous rehydration by athletes after they had weighed in. Not surprisingly this ended up causing some fighters to step up a weight class. But imagine the extremes athletes were going to when medical procedures were needed in order to help them recover from their extreme weight cuts. We are clearly on the edge of what is humanly possible.

And the dehydration factor is the more nefarious part of weight cuts. Muscle and fat loss through prolonged dieting will decrease an athlete’s performance — which is bad enough — but won’t endanger an athlete’s brain and nervous system. Extreme dehydration may leave certain metabolites in the central nervous system that cause long term degenerative changes1. Further, dehydration, when taken to extremes, seems to increase the cerebro-spinal fluid content inside the brain2. This is not a good thing because CSF circulates inside the brain in ventricles and canals. And increase in the volume of this liquid increases the brain’s weight. If an athlete in this state is violently punched or kicked in the head, the brain will be accelerated in the direction of the blow. A heavier brain will obviously have more forceful momentum. This will require more force to decelerate it. Because tiny “bungy chords” (i.e.: arachnoid tissue) inside the skull hold the brain steady, these chords would obviously be more strained and torn by having to “hold on” to a heavier brain mass moving inside the skull. As more and more of these bungy chords break, the brain has less sturdiness when the skull is accelerated and decelerated. Eventually, the “loose” brain undergoes more and more violent contact with the inside of the skull. This has emerged as the leading theory as to why concussed athletes get concussed more and more easily over time. It is also used to explain why sports causing multiple concussions can lead to a degenerative brain condition known as chronic traumatic encephalopathy (i.e.: CTE). 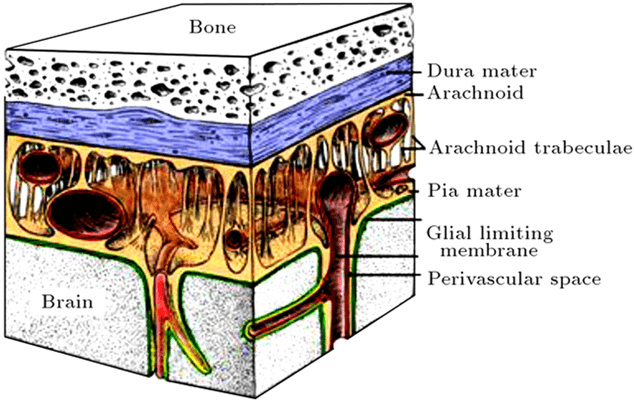 The increased CSF in the brain is not proven as of yet, it is simply a theory at this point. But it doesn’t bode well for dehydrated athletes.

Another study seemed to have made a strong case for decreased pain thresholds in dehydrated subjects3.

Now, dehydration can also be tough on the internal organs. Wrestler and UFC athlete Daniel Cormier experienced acute kidney failure following a weight cut for the 2008 olympics. As a result he was pulled from competition and missed the Olympics. 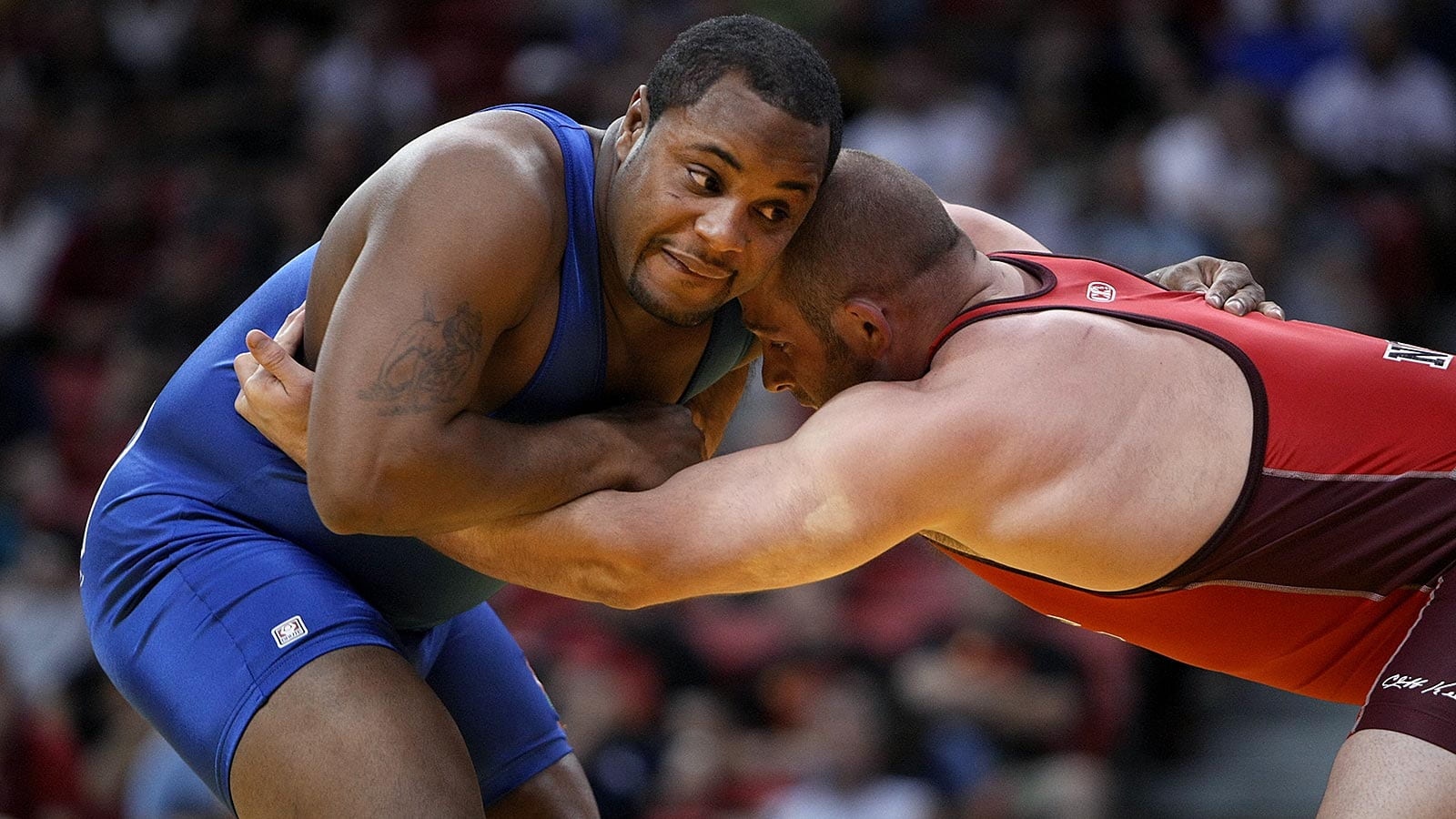 Whether we are simply concerned with an athlete’s peak performance or — more importantly — with the long term health of their internal organs and brains, it may be time to step in and remove weight cuts from combat sports. Conor McGregor’s performance and appearance at the UFC 246 event certainly made a showcase of what being fully healthy can look like at the highest levels of combat sports.

“Okay, you’ve convinced me. But how could we ever prevent weight cuts?”

And there is a simple and excellent answer.

When I practiced in California I was involved with California High School Wrestling program as a medical supervisor. In 2006 they began implementing the “alpha weight program.” This program has since been adopted by other governing bodies but has yet to make its way to the highest levels of collegiate and professional combat sports.

The way it works is remarkably simple. Urine tests are cheap and can detect dehydration. So if an athlete is asked to weigh in during the off season, they can be checked for dehydration before stepping on the scale. Electric weight scales and skin caliper tests can roughly estimate your body fat percentage. Therefore if you’re out of shape when weighing in, the test takes this into consideration by estimating your lean body mass. A fully hydrated athlete is then given their “alpha weight” and it is entered into the state’s data base. This athlete cannot compete below 5% of this alpha weight during the entirety of the next season. What ends up happening is that the same athletes end up competing against each other, but at their natural, fully hydrated and nourished weights. This minimizes injury and health concerns and allows them to practice and compete in healthier conditions.

With the amount of money flooding professional combat sports — and especially the UFC — it would be possible to add a simple blood test to the above alpha weight protocol to determine electrolyte balance and better determine an athlete’s true hydration and nourishment levels at the official yearly weight checks. And because each athlete would be weighing in only once per year, their would be less administrative cost and head aches with having weigh ins at every event. And this would make athletes pulling out of fights last minute because they either cannot make weight or they are medically removed due to the side effects of extreme weight cuts (something that is happening more and more).

Let’s make weight cutting a thing of the past and allow athletes to perform at their peak abilities. And let’s take into consideration their long term health.